To be in St. Petersburg is to tip-toe around the edges of a porcelain a faberge egg.

There is something fragile, delicate, gilded about every memory I hold of my city. There is something romantic about its crooked and uneven pavements, its bronze status decaying to an emerald green, its bridges lined with sphinxes and horsemen that open each night for the passing ships.

And being back to St. Petersburg, I can’t help but feel that I am disturbing a part of myself that too is delicate, a part of myself not meant to be touched, lest I break those memories that I’ve carefully composed of a city that exists only in my mind.

This is the first time I am really back in St. Petersburg since 2001. It’s been almost sixteen years since I touched ground inside the only city that has truly felt like home. And it terrifies me. Because sixteen years is a long time. It’s long enough to wonder how many of my childhood memories are real and how many are made up – composited from years of dreaming and dreading my return. Whereas the rest of Russia was harsh and foreign, St. Petersburg was always mine. It was was the epicenter of Russian culture, it had survived 900 days of siege and starvation during WWII, it was ravaged by gangs in the 1990s. But it was mine. That had to have meant something, right?

June 1st. My first day back in St. Petersburg, after a red-eye flight and the shock of 41ºF weather in June. I’m ready. Ready to be welcomed back with open arms. Ready to feel like this is the homecoming I have been waiting for for sixteen summers. It’s my first day back in St. Petersburg and I feel nothing. I try hard to bring up memories after we accidentally get off the wrong bus stop (Moscow RAIWAY station, not Moscow SUBWAY station, of course!), but they’re not there. I’m in a strange town and my Uber driver asks me if I am American. I tell him I’m home, but he doesn’t believe me. I am trying to remember of something, anything, but nothing comes to mind.

My vision of St. Petersburg is the vision of the 90s. We called it бандитский петербург – “St. Petersburg that belongs to the bandits”. It’s a city that’s dark, that always smells like cat pee, that’s overrun by gangs. There’s a smell of fear, piss, and decay in the air. Organized crime runs the streets. But that’s not the St. Petersburg of the 2010s.

I can’t remember the geography of the city –  which way towards the center, or the street names: Nevsky Prospekt, my favorite bookstore, the hermitage, Moscow Railway Station, Peter and Paul’s Cathedral. Nothing. I try so hard to come up with any any memory, a single part of the city that I remember. But I come up with nothing. I feel nothing crossing the Palace Bridge, or standing at the point of Vasilievsky Island, or looking out at the the statue of the Bronze Horseman. Sixteen years had passed and after sixteen years, I felt absolutely numb.

The more I try to remember, the more foreign the city becomes. My city grew up. I grew up. And somehow it doesn’t feel like we are longer together. 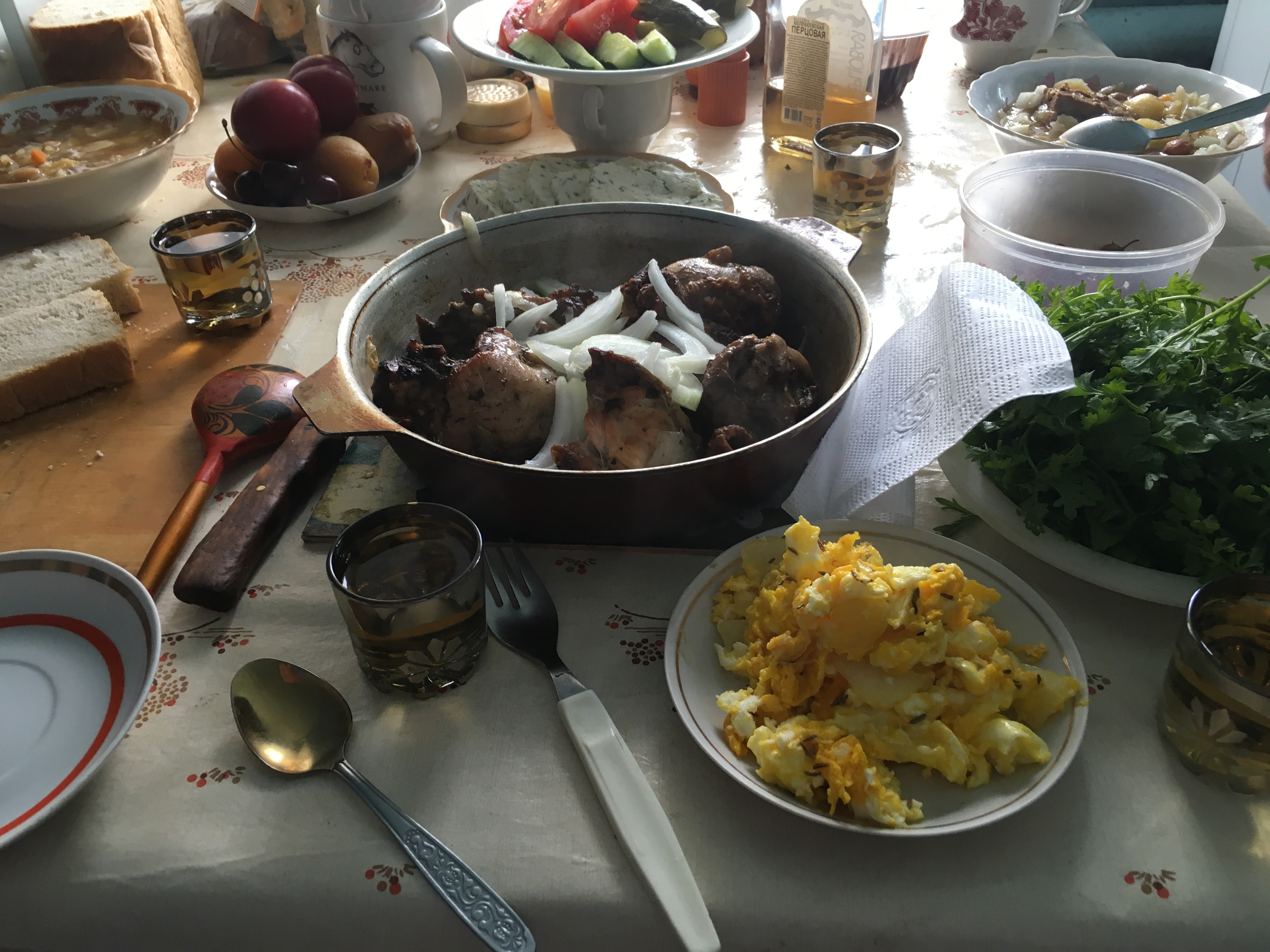 So you're taking your American boyfriend to meet your Russian grandmother