I think 2014 was the year I re-discovered brunch.

Now okay, that’s a sweeping (and honestly kind of stupid) statement, but it’s kind of true. Brunch is not one of those meals that we need to eat (like breakfast is supposedly, but for me, lately it’s been reduced to a hurried cup of black tea and gluten-free granola).

Brunch is excessive, decadent, indulgent. (eggs & waffles & alcohol & hollandaise, and that’s just the first course). It’s about greasy hangover cures. It’s about celebrating a meal with people you care about for no apparent reason. And although the New York times may have said that brunch is over (and to some extent I agree), I think that going to brunch has been an indicator of how my year has gone. Brunch is one of those meals you rarely eat alone (and when you do, no one will judge). Brunch is an occasion. It’s a reason not to spend a Saturday lounging in my ratty college sweatshirt and drinking stale tea while eating microwave oatmeal. Brunch tells the world, I’m alive! (Or at least awake)

So what does it mean? It means that sometimes we can slow down and enjoy hours of fried food, battered in gravy, cajun sauces, and a six pack of beer.  Sometimes brunch turns in an afternoon stroll with a group of six. And sometimes it’s two cups of coffee and a strict deadline.

So here’s to living (and eating) fearlessly. 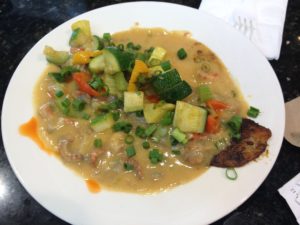 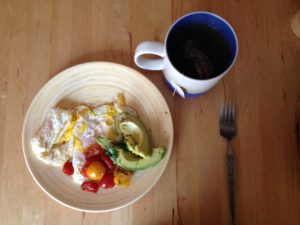 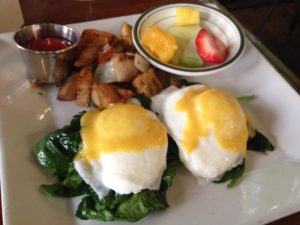 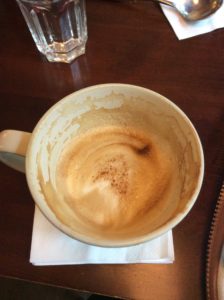 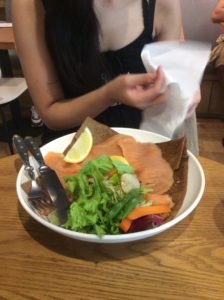 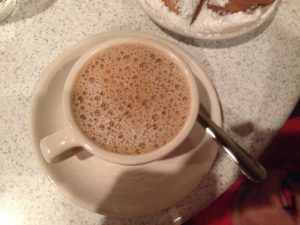 Does coffee count as brunch? 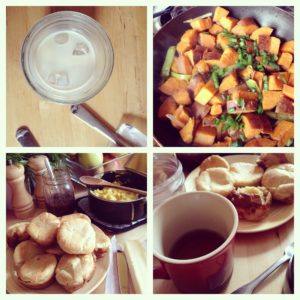 Brandy Alexanders in the Elmhurst 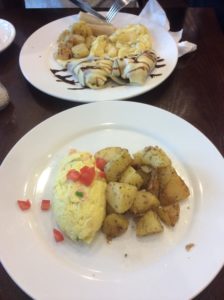 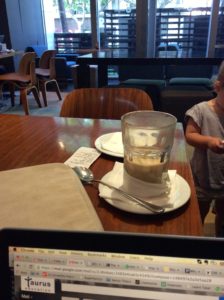 Yet another work brunch