In which we drink Port, bet on Greyhouds, and I climb a Portuguese fortress in the pouring rain.

There were three things I knew about Macau before coming there last weekend. The first:  Macau had been a Portuguese colony before 1999. The second: Macau’s internet was fast, meaning it more closely resembled Hong Kong than Mainland China. And three: because it’s filled to the brim with casinos and resorts, Macau is the Las Vegas of Asia.

Ant yet, I’m not much of a gambler. This may be embarassing, but up until this trip, I don’t think I’ve ever been inside a casino (but I’ve watched both 21 and Casino Royale, so that’s got to count for something, right?). What I hadn’t expected was for a casino environment to be so tense (the “what happens in Vegas!” ads lied). In Macau, the geriatrics in souvenir t-shirts (“I got Lucky in Kentucky!”) going to town on the slot machines are replaced by geriatrics in 1980s flower-power vests counting their every spin of the automated roulette table or throwing down hard at Baccarat tables.

But the casinos, were not my goal. The goal was experiencing the old Macau, eating Portuguese food, and figuring out what Port wine was and whether drinking it would make me cool (Bon Appétit is convinced it’s the next big thing). I had seen photos of Macau before, its yellow-brick paved plazas, its Mediterranean architecture, and the oxidized copper status on the ruin of St. Paul (of which just one facade remains), and I was on a mission to find the old city.

Macau is damp, like Hong Kong. It’s subtropical and although Zhuhai is just a ferry ride away, Macau feels untouched by the rest of China. Like Hong Kong, the majority of the street food is Cantonese – shrimp balls, fish balls, squid balls, and other seafood compressed into spherical shapes. We finished our first day with Hong Kong-style cashew shrimp, sweet and sour pork, and egg drop soup (with squishy mushrooms), which was strangely comforting, because Hong Kong style dishes come the closest to Chinese-American food in the U.S.

The best part of being in Macau, however, was the Portuguese food. It’s the salt cod (bacalao) boiled with potatoes, carrots, and cabbage, and served over olives and oil. It’s the shrimp sautéed with red peppers, garlic, chives, and white wine. It’s the slick sweetness of red port wine and the mildness of the black olives soaked in oil, with the pit still inside. So yes, I drank Port. And now I like port, because wine should always be sweet. And we should always be drinking digestifs. 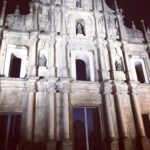 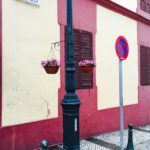 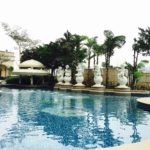