I used to think that the way we can make a new place feel like a home, that is to say, like a familiar place, was by filling it with the things that make us feel at home. For me, that meant going to Iyengar Yoga, drinking cupfuls of Earl Grey tea, hot enough to singe my fingertips, or eating apple slices with peanut butter for breakfast every morning. Keeping those things constant felt like preserving a part of my identity.

I am not sure what to think anymore.

Tuesday at Yoga, I had borrowed a mat for the class (because I’ve still not learned how to use TaoBao to order a new one. Online shopping in China is hard) and looking down at the cerulean foam from my downward facing dog, it hit me that this was the exact same yoga mat I had owned in New Haven for years. Something about it even smelled familiar, like the spray cleaner at Breathing Room, and gripping onto it (trying to align my spine), I couldn’t help but think back to Tobie’s Iyengar routes, lighting dozens of tea lights before every class, and Margot telling us about daily affirmations or the new Mint Tea she bought for the studio (every adult establishment should have cookie jars full of animal crackers; I am convinced this would solve a majority of world conflicts).

I used to worry that if I let go of the things that used to make me ‘myself’ while I was here, I would return as someone different, as someone I didn’t recognize. So there I was, in a downward facing dog, stretching my back under office lighting, in a yoga room rented twice a week from a children’s dance studio (because this is China, and we make do with what we can). I wish I could say I had an ‘aha’ moment right there and then, but I didn’t – largely because I was concentrating too hard on my hips not popping as they tend to do, or not tipping over during one of the arm balances.

But over the past week, this is still on my mind, whether my desire to stay ‘true’ to who I am is keeping me from moving forward or making me afraid of change (with a capital C). As such, I’ve yet to unsubscribe to emails from Breathing Room, although I haven’t been there for almost two years, for the simple reason that they comfort me. I don’t think I’ll be able to find a community quite like it in Shanghai, but I think that thinking in that way is keeping me from diving into the community here – like the something holding me back from really getting to know the people I do Ashtanga with now. But maybe it shouldn’t.

Maybe I’m holding on to things unnecessarily. With each time that I return back to the U.S. (the next to be in about 1.5 weeks as I go back to Miami!), I feel more and more detached from the familiar. The things that used to comfort me no longer do, and then sort of feel like a facsimile of my past life. Whenever I go back to the U.S., I try to recreate moments that used to be a big part of my life, making sure I stop by a favorite bar, or always eating at least half a pizza pie (apizza, as people in New Haven incorrectly call it), but the favorite memories I made in the U.S. last year were from doing the things that were new to me, like staying a week in Bushwick or visiting Pike’s Place market in Seattle. Maybe I was using the idea of home as an excuse to avoid change. And no I’m not quite sure there is another ‘aha’ moment where I vow to keep changing, to redefine what home is, or to keep finding new things to do in Shanghai, but maybe next time I’m on the bright blue yoga mat, I’ll think more about Nellie’s class and the present moment, and less about things that have passed. 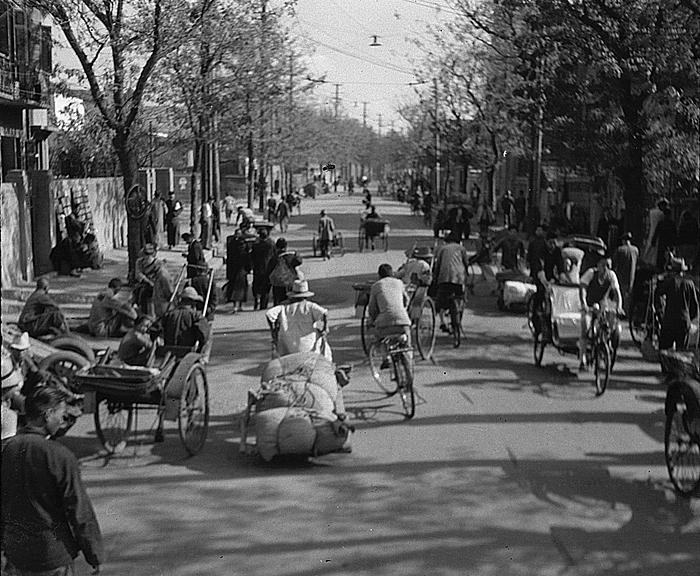